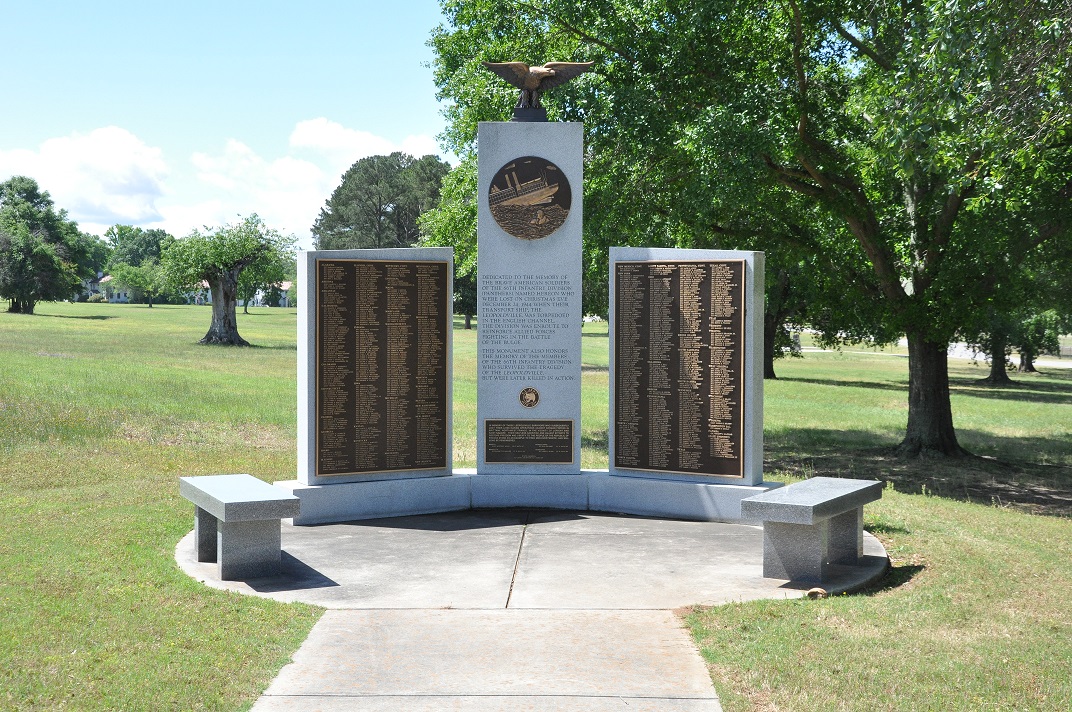 On Christmas Eve 1944, the Belgium troopship Leopoldville, left the pier at Southampton, England with over 2,000 American soldiers assigned to the 66th Infantry Division and crossed the English Channel to France. Just 5 1/2 miles from its destination, Cherbourg, the Leopoldville was torpedoed and sunk by the German submarine U-486. There were 763 American soldiers killed and the bodies of 493 were never recovered from the Channel’s frigid 48 degree waters. This site is dedicated to remembering and honoring the sacrifice of those who died in the disaster and the valor of those who survived.