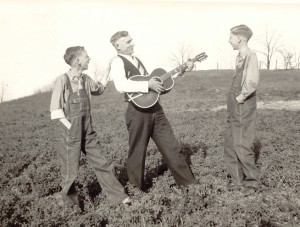 The Lowry twins with their father in happier days. Their father died in 1949.  Some believe he died of a broken heart over the loss of his two sons.

My research into the Leopoldville disaster began in 1994. Eventually, I made contact with several hundred families with direct connections to the Leopoldville sinking.  These families shared some of their most treasured memories with me some of which will be posted on this page. The originals of these photos and documents, etc. have since been donated by me to the National Infantry Museum located in Ft. Benning, Georgia or other appropriate military museums. — Allan Andrade Leopoldville disaster author/historian 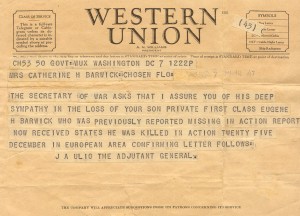 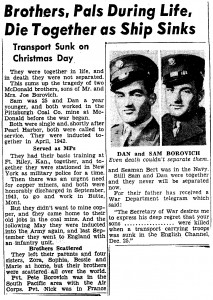 Local newspaper report of the death of the Borovich brothers. 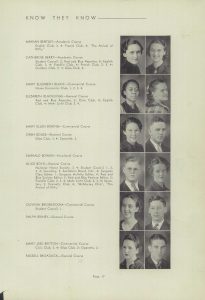 1936 Kokomo Indiana High School Graduation year book for Sgt. Oren A. Bouse with his picture. His body was recovered and after the war returned to the United States. 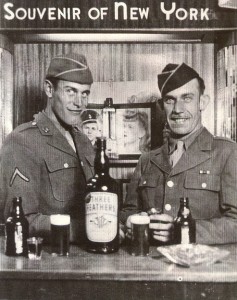 Pfc. Calvin Glenn Christensen (right) and an unidentified army buddy in a New York City nightclub during early November 1944 shortly before shipping overseas. Pfc. Christensen was one of 3 soldiers from Idaho killed in the Leopoldville disaster. His body was never found. 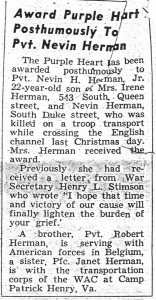 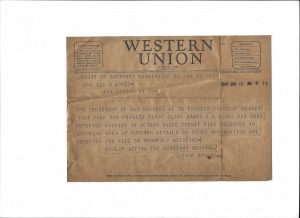 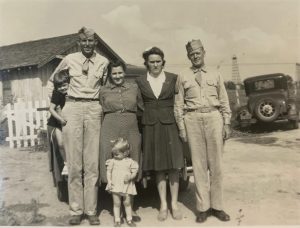 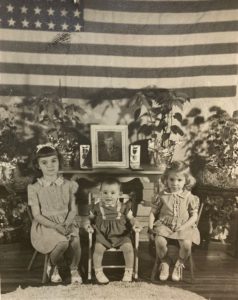 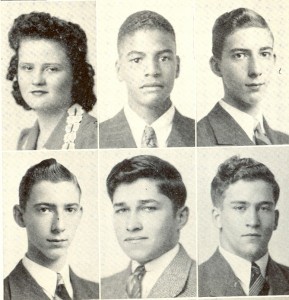 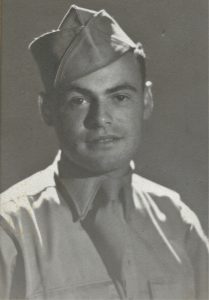 Pfc. Fred Lebensart from Pomona, California. His body was recovered. 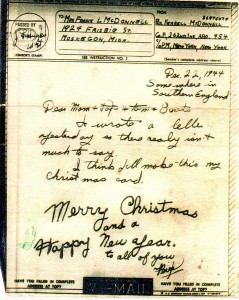 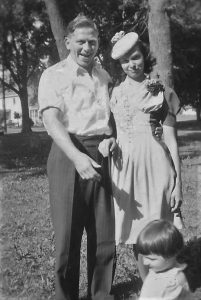 Ray Mohr and his wife Stella were married in 1939. From Laurens, Iowa his body was recovered. He is buried in Laurens Cemetery. 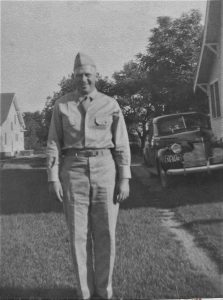 Pfc. Ray J. Mohr from Laurens, Iowa. His body was recovered and returned to Laurens after the war. 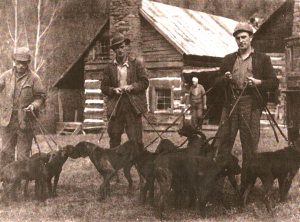 Capt. George E. Plott was an accomplished bear hunter in the mountains of North Carolina.  He is pictured on the far left with with his hunting dogs. Capt. Plott’s body was never found. 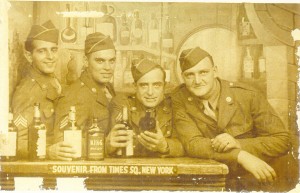 T/4 Wilmer C. Poupard (second from left) with unidentified army buddies in a New York City nightclub in November 1944 before shipping overseas.  One of 28 soldiers from Michigan killed in the catastrophe, the body of T/4 Poupard was never found. 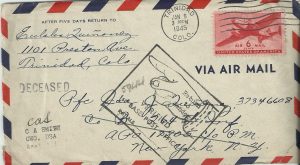 The families of 66th Division soldiers believed their loved ones would spend Christmas 1944 in the safety of camp in Great Britain. Imagine the shock felt by the wife of Pfc. Joe Quinonez when her last letter to him was returned marked “Deceased”. 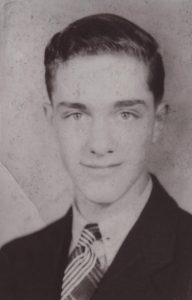 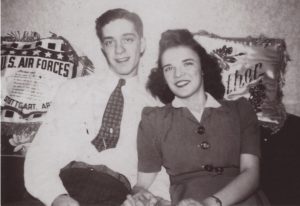 Seth Reed with his then girlfriend, Corinne Klinger,  who he would marry in January 1943. Her brother, 1/Lt. Kenneth H. Klinger, was serving in the army air corps. 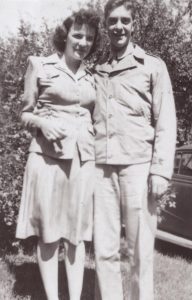 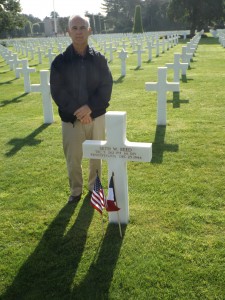 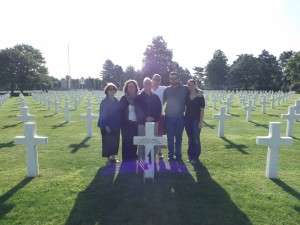 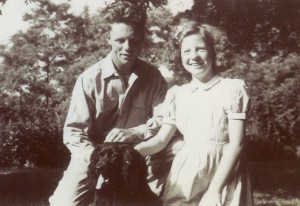 Pfc. Wilbur Sloan from New Castle, Pennsylvania with his sister, Eleanor, and the family dog.  His body was recovered and returned to New Castle in July 1948.

Newspaper clipping from January 31st., 1945 reporting Pfc. William F. Smith from Bessemer, North Carolina missing. He had been married to the former Ruby Blanche Plumley just over one year and one week. His body was never found. 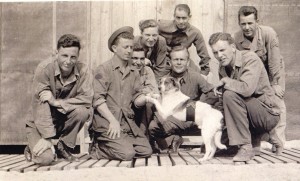 Pfc. Robert C. Sweet from Erie, Pennsylvania (extreme left) and a group of unidentified army buddies and their dog mascot.  The body of Pfc. Sweet was never found. 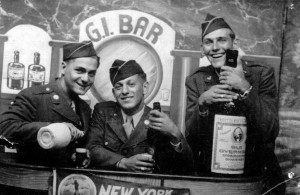 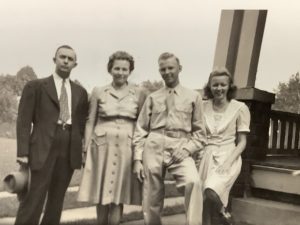 Christmas Tree ornament made by Gaye Willis, niece of  S/Sgt. Waldo Willis to preserve his memory. 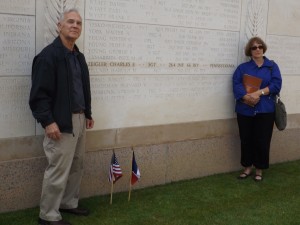